News Nepal U20 Coach Meghraj KC: We Can't Think About The Final Now Nepal U20 coach Meghraj KC isn't carried away with a 4-0 win but congratulated his boys for a magnificent win.

Nepal thrashed Maldives 4-0 in the opening match of SAFF U20 championship at Kalinga stadium.

Speaking in the post match conference, coach KC said, "Boys played well. Maldives also played well but we had worked hard to win this match. Let's hope we will play much better in coming matches".

When journo asked if Nepal is already in finals, coach KC responded, "We have more matches to play. We can't think about the final now. It is too far. We are now focusing on our next match (against Sri Lanka) on July 27.

He also congratulated the players and thanked them for providing a nice gift to skipper Ayush Ghalan, who is celebrating his birthday. Previous Nepal U20 Overpowers Clueless Maldives U20 In SAFF U20 Opener
Next SAFF U20 Championship: Bangladesh Beats Sri Lanka 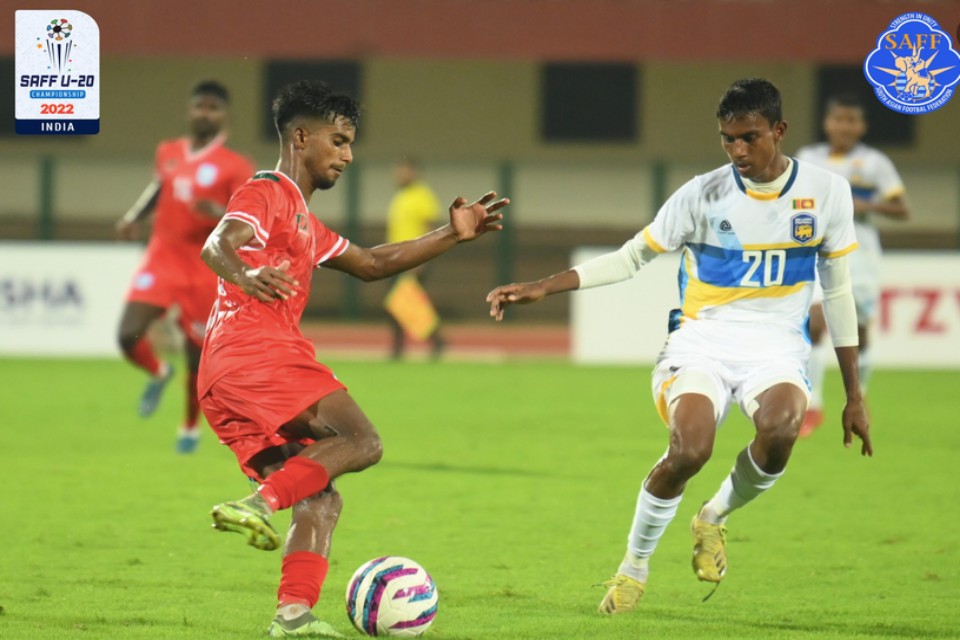