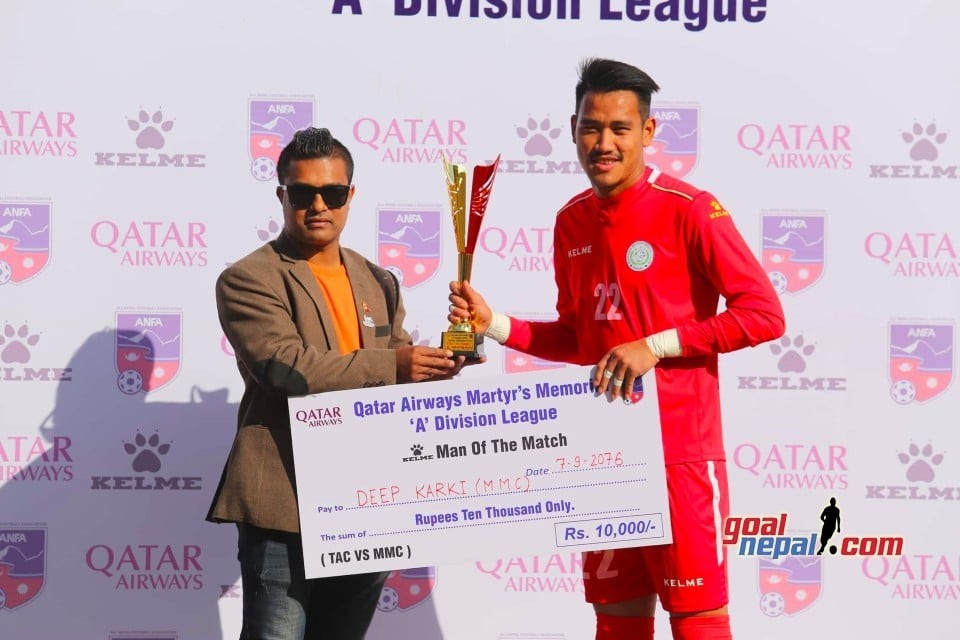 GK Deep Karki and defender Bikash Tamang have made his debut for the Nepal national team today.

Karki made his debut in the AFC Asian Cup Qualifiers in the bout against Jordan in Kuwait today in absence of regular goalkeeper Kiran Chemjong.

Deep Karki represented Himalayan Sherpa Club in the A Division League last season and was bought by Biratnagar City FC for the Nepal Super League.

He is the 13th player to make his debut under Almutairi. Previous Nepal's Line-up Against Jordan Announced
Next Nepal vs Jordan: HERE'S HOW YOU CAN WATCH LIVE!