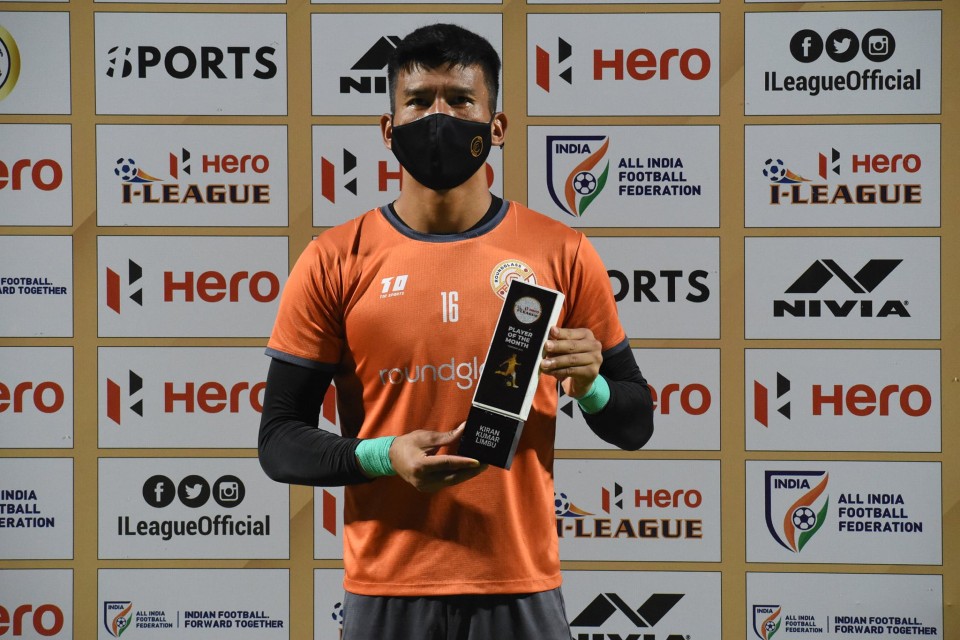 Nepal international goalie, Kiran Chemjong has been adjudged the player of the match for February in I-League.

I-League announced the award on Friday for his heroics performance in the on-going I-League.

His coach Curtis received the best coach of the month.

On Friday, they suffered 0-1 loss to Gokulam Kerala FC.