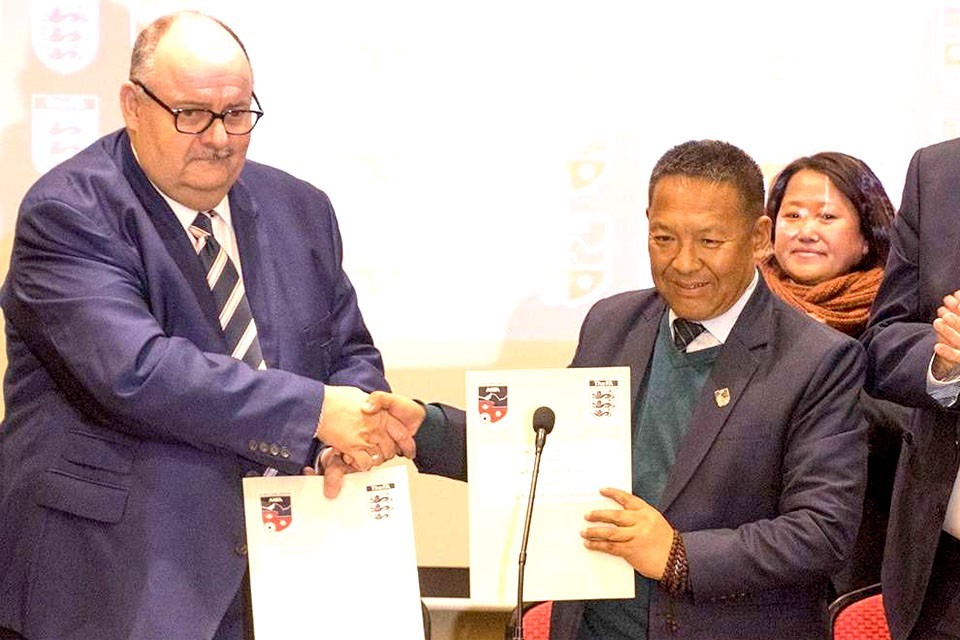 All Nepal Football Association & England FA have signed a deal for a friendly match to be played in UK on May 25, 2020.

According to the deal, Nepal national team will travel to UK to play against England C national team. Nepal will host English team to Kathmandu in 2021.

ANFA president Sherpa and representative from England FA both highlighted the importance and the benefits of the agreement.