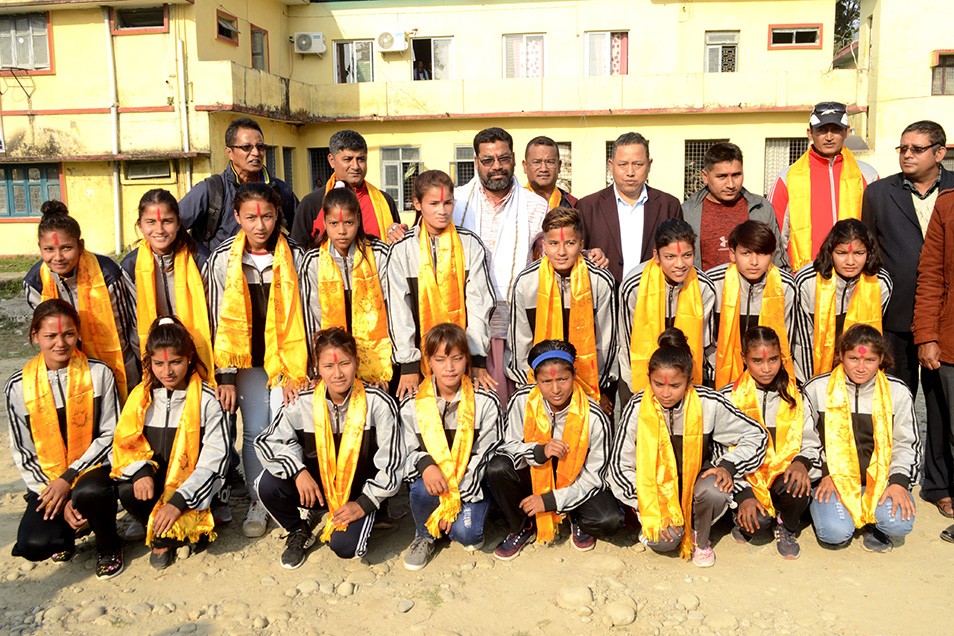 Seven provinces, three departmental teams and two teams from India are taking part in the team.

Dhangadhi sub-metro mayor Nrip Oad and other guests bade the team farewell in Dhangadi on Monday.

Lalit Chand is the coach of the team.