The organizers said that all the preparations for the tournament, which will start with the slogan of 'Our Glory Sudurpaschim Rajdhani Cup', have been completed.

In the tournament to be held at Dhangadhi Stadium, two teams from the organizers as well as football teams from all the seven provinces participating in the 9th National Games will compete.

Sudurpaschim Province Sports Council is the main promoter of the competition, which will run until Ashoj 15th.

The competition winners will receive five lakh rupees in cash along with the title, while the runners-up will receive three lakh rupees. Similarly, the organizers informed that attractive prizes have also been arranged for the individual category. 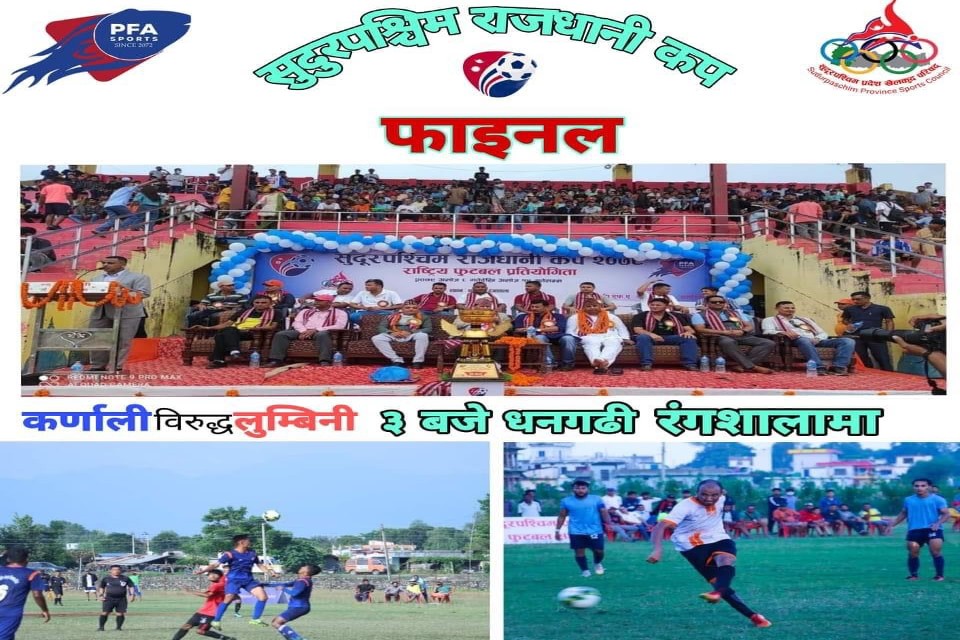