Makwanpur (GoalNepal) - Jawalakhel Youth Club and Bhutanese Youth Sports Club, USA are set to face each other in the first semifinal of the fifth Bagmati Gold Cup today. The match will kick off at 2 PM at Janata Ma Vi ground in Faparbari, Makwanpur.

Jawalakhel defeated hosts Bagmati Rural Municipality Sports Development Committee in the previous round of the tournament while BYSC defeated Himalayan Sherpa Club to get to the final four.

Today's winners will face either Sankata Club or Makwanpur-11 in the final.

A total of ten teams are participating in the tournament which includes seven A Division League sides, one foreign team and two local sides. The winners of the competition will receive a shield, medal and certificate along with cash of eight lakh rupees, while the runners-up will receive four lakh rupees.

Similarly, the organizers have said that a sports journalist with exemplary work in the field of sports will also be honored with cash of 15,000. The organizer expects everyone's support and cooperation to complete the competition successfully. 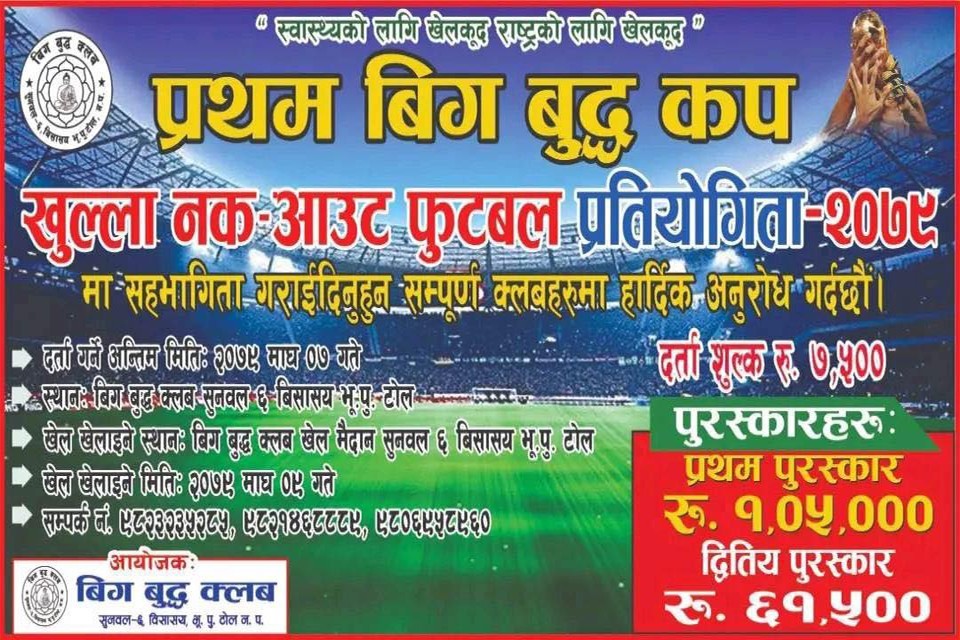