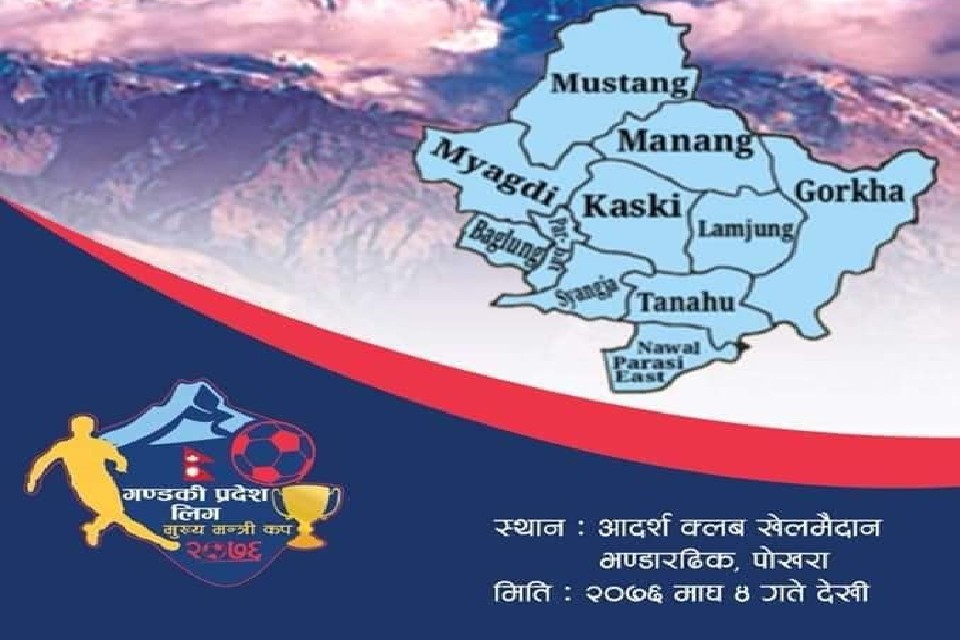 The provincial league will kick off on Magh 4 at Bhandardhik football grounds.

Eight district champions from the province will take part in the event, which has a winning purse of Nrs 5 lakh. Runners up team will get Nrs 3 lakh.

The winners will get a chance to compete in Nepal National League, which ANFA is planning to run with (seven) province champions and top six teams from A Division league.

ANFA will provide Nrs 50,000 cash to all teams as preparation money.

One qualifying team from Baglung, Parbat, Myagdi and Mustang will join seven district champions in the event.

ANFA has so far organized the province league in Province 1 and Province 5. 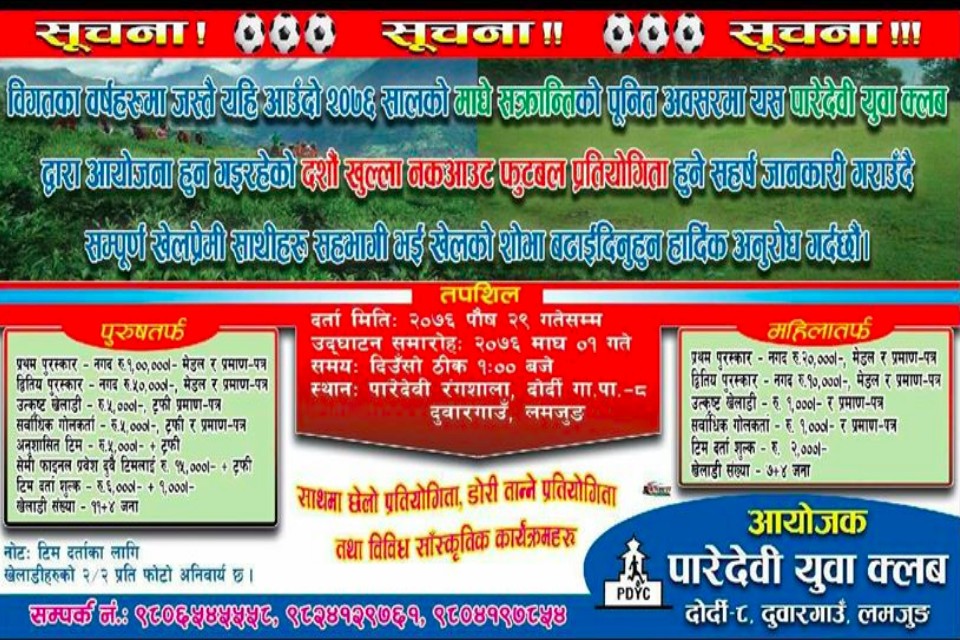