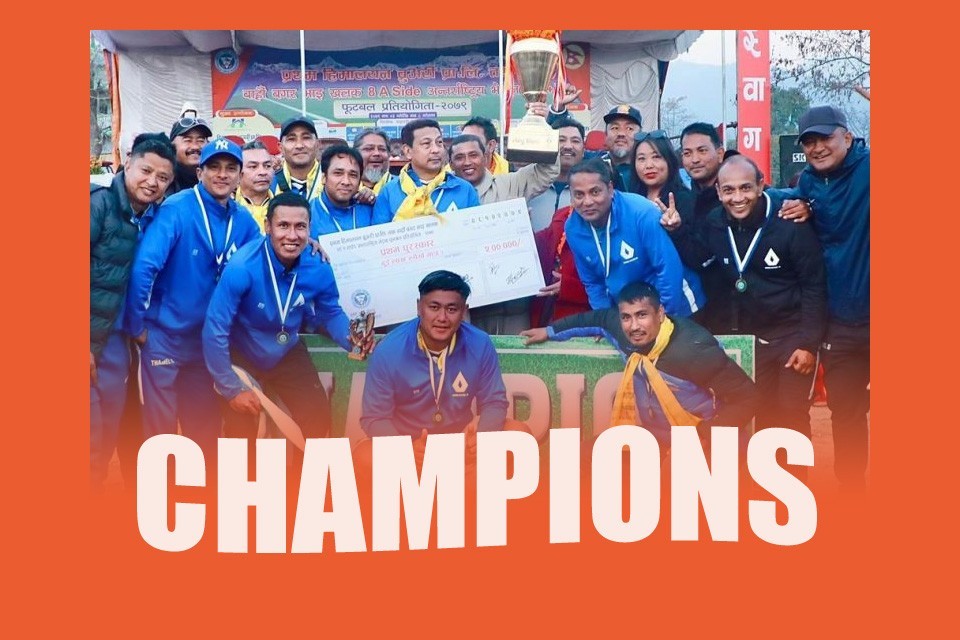 In the final, Thamel Veteran won the title by defeating Deep United Veteran, Pokhara 2-1 in a tiebreaker. Before that, both the teams played a goalless draw in the scheduled time.

Sanjib Khadgi, the goalkeeper of Thamel Veteran, was elected as the man of the match in the final match. Thamel Veteran, who became the winner, received two lakhs in cash along with the title, while the runners-up, Deep United received one lakhs.

Deep United's Pravin Kumar became the best player of the tournament. He received 15,000 cash and a trophy as an award. Thamel's Sanjib Khadgi was selected as the best goalkeeper and Tasi Chhiring of Thamel was also declared as the best defender.

The winning players were awarded by the chief guest of the closing program Gandaki Province Sports Council Member Secretary Ghanshyam Paudel and other guests. A total of 24 teams from Nepal and India participated in the tournament which started on Magh 3rd organized by Bagar Bhai Khalak, Pokhara.