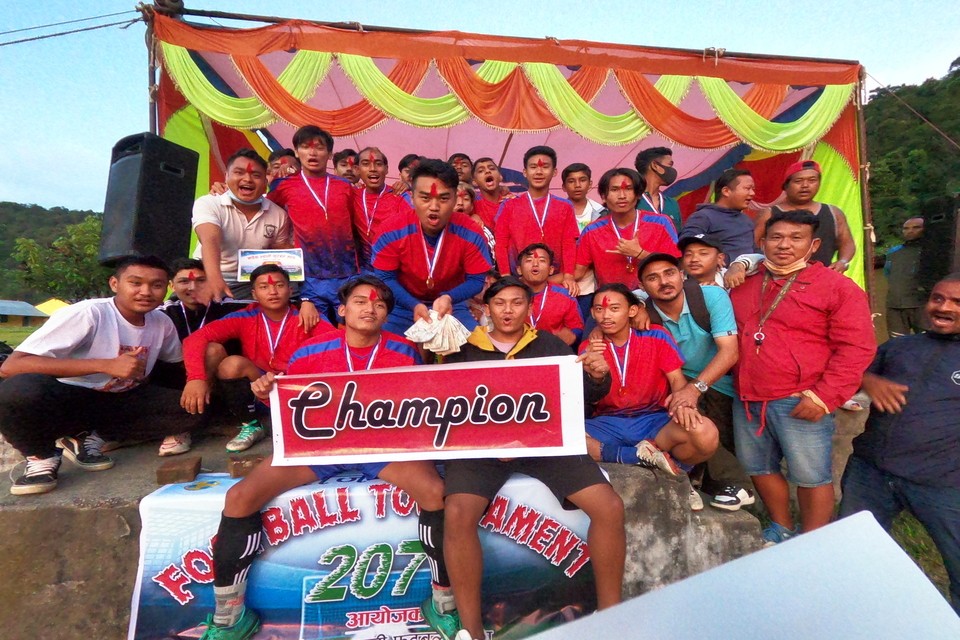 Ashish Rana and Manish Gharti scored apiece while another goal was scored in an own post.

Jhadewa valley FC organized the event in which eight teams took part in the event.