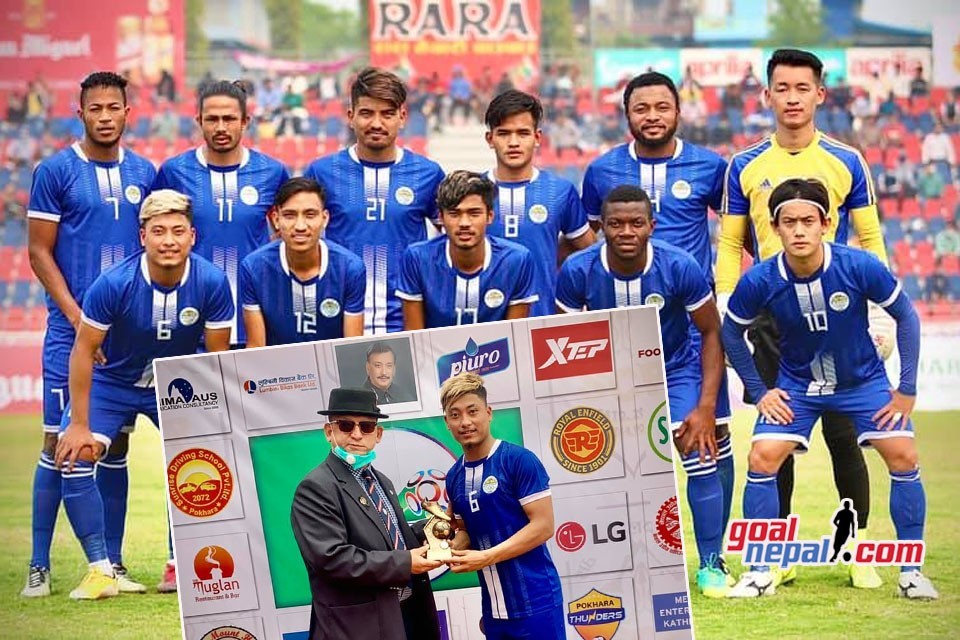 Suvas Gurung scored the opener in 33rd minute while John Glory doubled the lead for the Sankata club.

Amit Tamang became the man of the match and received NRs 5000 cash.

African Roots will play against Nepal Police in second semifinal match on Thursday. Sahara club is organizing the championship, which has a winning purse of NRs 10 lakh.