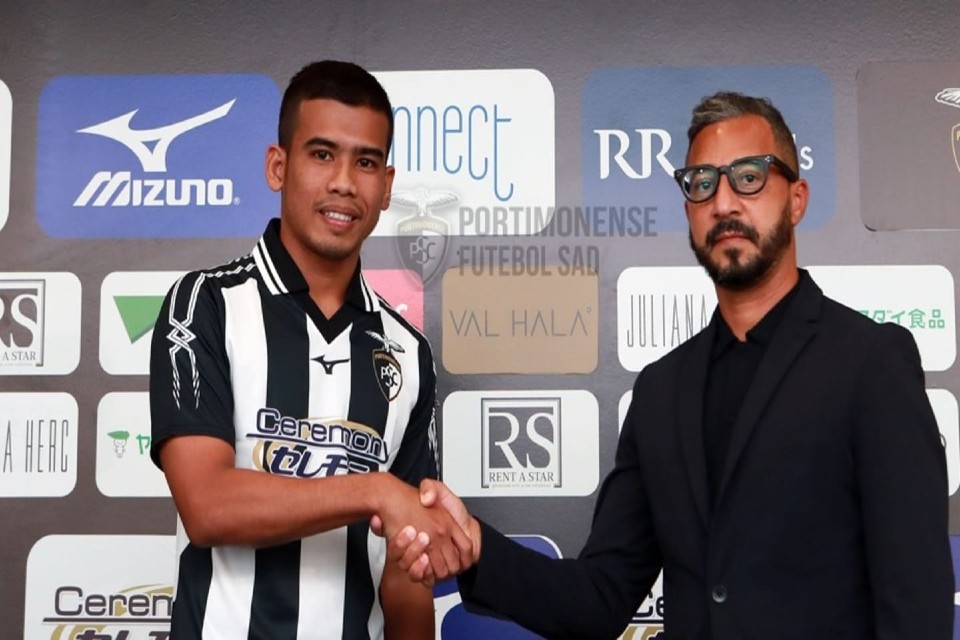 Safawi Rasid has been officially unveiled as a Portimonense player, with the player joining the Portuguese club from Malaysia champions Johor Darul Ta'zim (JDT).

The Malaysian winger, who started his career with Malaysia Premier League outfit T-Team in 2015 before moving to JDT two years later, will be wearing Portimonense's number 29 shirt.

He has joined on loan with the option of signing a contract at the end of the season.

"I will try my best for Portimonense and I can't wait to be in action for the club. I hope (during my time here), I will give something to the club.

"I want to show what I can do and become like (Bruno) Tabata and Shoya Nakajima," he said during a press conference with Portimonense's president of football operations Rodiney Sampaio.

The Malaysian international, 23, could potentially make his debut against Maritimo, the club of fellow Southeast Asian footballer Faiq Jefri Bolkiah, when the league resumes after the international break.

Portimonense are 16th in the 2020 Portuguese Primera Liga standings having played three matches.