Nepal international Rohit Chand, who has 63 international caps, has spoken with FIFA in length in which he said that failure to make it to U14 national team had motivated him to work harder.

Chand was offered a trial with the ANFA Academy and, as if to test his passion for the game, he failed to make to the U-14 national youth team. That disappointment, however, only served to whet his appetite for greater progress.

"That failure was all that I needed to get motivated to work harder," the 28-year-old told FIFA.com. "If you really love the game, then there is commitment. And the next year I made the [national youth] team."

Soon enough Chand made his international debut in a goalless draw against Palestine in March, 2009, becoming the then youngest Nepalese to play for the senior national team at the age of just 16 years and 22 days. The record was subsequently broken by Bimal Magar in 2012 when he played for the senior side against Bangladesh at the age of 14.

In 2011, as a teenager, Chand played in his first FIFA World Cup qualifying campaign, playing a key role at the back as Nepal gained a credible 1-1 second-round draw against Jordan on the road to Brazil 2014. The same year also saw his emergence on the domestic scene after captaining Machhindra FC to the semi-finals of the British Gurkha Cup, performances which earned him that season's Defender of the Year award.

Such performances didn't go unnoticed by European clubs and he was on the verge of signing for Kettering Town FC but missed the opportunity due to visa reasons.

"Now at this age I am not eyeing any hope of playing in Europe," he said, lamenting those missed opportunities. "For a long time I had harboured hopes of moving to Europe but now it looks less likely. European clubs focus on upbringing youth talents."

In a sense, Chand made up for the near-miss by joining India giants HAL SC before trying his luck in Indonesia and joining Persija in 2013. He impressed in his first season and was nominated for the Youth Player of the Year award.

Chand peaked when he returned to Jakarta for his second spell with Persija in 2017, winning the league and cup double the following year and was named the Indonesia league season's Most Valued Player.

“I feel my skills have improved and my play has reached a better level,” he said in reference to the progress made with Persija. “I owed my thanks to the club’s managerial team for the faith in me.”

Now Chand has established himself as a role-model figure with club and country, both on and off the pitch. While it is largely down to his hard work over the past two decades, he was quick to pay tribute to his childhood idol Paolo Maldini from whom he has drawn consistent inspiration.

“Maldini was my idol when I was a kid,” he said of the former Italy and AC Milan defender. “And he remains an idol and inspiration to me today. For me, he is more than just one of the best defenders the world has seen. Adding to that, his great personality, leadership and consistency in his performances were all things I grew up looking to.”

With a single win from five outings - a 2-0 victory over Chinese Taipei in Asia’s second round of qualifying for Qatar 2022 - Nepal are languishing second from the bottom in a challenging Group B which also features Australia, Jordan and Kuwait. While a place in the next round may be beyond their grasp, Chand is seeking incremental improvement from the Gorkhalis when the campaign resumes next year.

“Firstly we need to cope with the impact from COVID-19. Then we have to focus on the remaining games. Australia and Jordan are both very strong and even Chinese Taipei are a team that we can’t afford to underestimate.

“It is every player’s dream to go to the World Cup. But [in order to achieve that goal], we need to prepare ourselves by doing firstly well in the SAFF Championship and Asian Cup.” 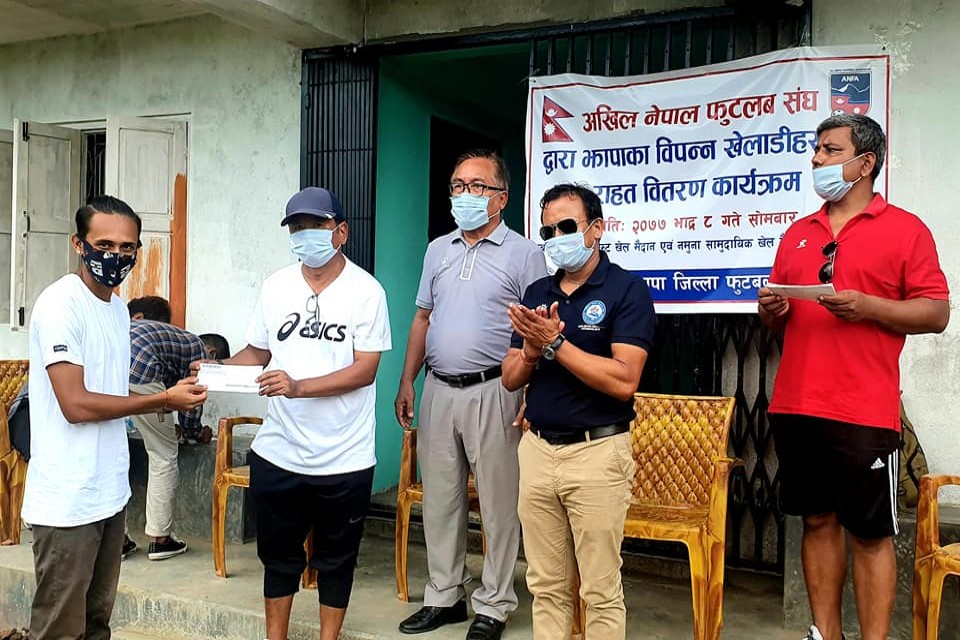