Magar, a football player who lost her eye sight in a freak accident in Belaka, Udayapur, is undergoing treatment at Biratnagar Eye hospital.

GoalNepal raised more than Nrs 6 lakh which will be used in her treatment plus in rehabilitation process.

ANFA have also confirmed that they would cover all medical expenses.

CEO of Biba Media Group, Mr. Bikram Thapa thanked everyone for the support.

"GoalNepal community is so united for the players and for the game. On behalf of Biba Media group, I would like to thank all for their valuable support. We wish player Magar a speedy recovery. We also would like to thank ANFA for covering all expenses of her treatment", said Thapa.

Thapa also thanked coach Bhagwati Rana Magar for her tireless effort in the fund raising campaign and ANFA media committee member Manoj Himalayan for the coordination in the treatment of Magar.

(Note: If we have missed any name in the donor list, please kindly update us with a message to goalnepalfund@gmail.com or through our FB inbox. 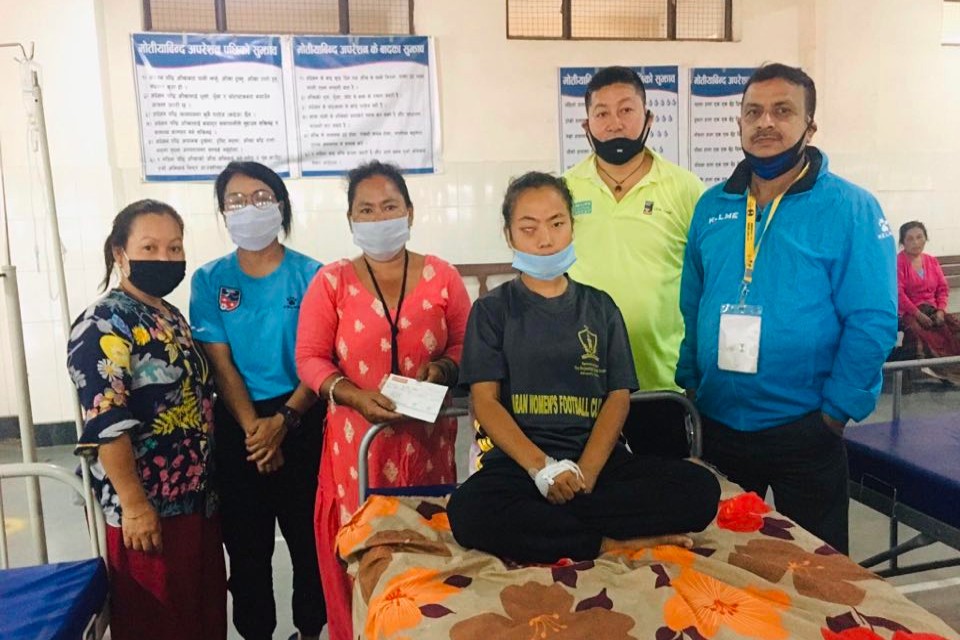