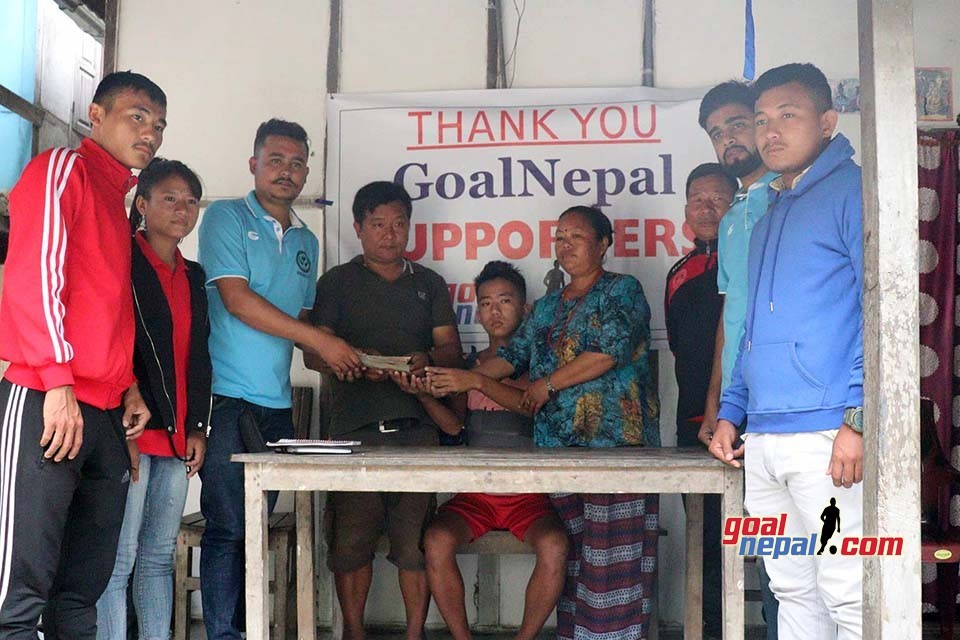 GoalNepal supporters have handed over Nrs 4,66,129 to ailing Prajwal Rai.

On behalf of GoalNepal supporters, GoalNepal Province 1 chief operating officer & Journalist, Janam Baral handed over the money to Rai in presence of his parents on Sunday. With the provided money, Prajwal's parents now clear the loan they have received for the treatment.

Rai fractured his vertebra while playing a football tournament in Sunsari district.   He was playing for Fair FC Dharan when he sustained severe injury on Kartik 7, 2076.

His family - whose financial background is not sound - spent Nrs 5,50,000 for the treatment. Rai has already been discharged from the hospital.  His family expected support from GoalNepal.

We ran a fund raising campaign to support Rai and his parents for medical bills. The GoalNepal supporters raised Nrs 4,66,129. Dharan sub metro is expected to cover remaining money.

"GoalNepal is always there for all Nepalese football players. Players can count on us for any problem they have because we have rocking GoalNepal supporters behind us. Our football community is great. I would like to thank all our community members for their belief and trust to GoalNepal for so many years", said Thapa. Prajwal's father, Jay Prakash Rai thanked GoalNepal and its supporters for the support.

"We can't believe this overwhelming support from GoalNepal and its supporters. Actually we didn't expect this to happen. But now I must believe it. I am proud to say that I have my son who loves Nepalese football", said Jay Prakash Rai. 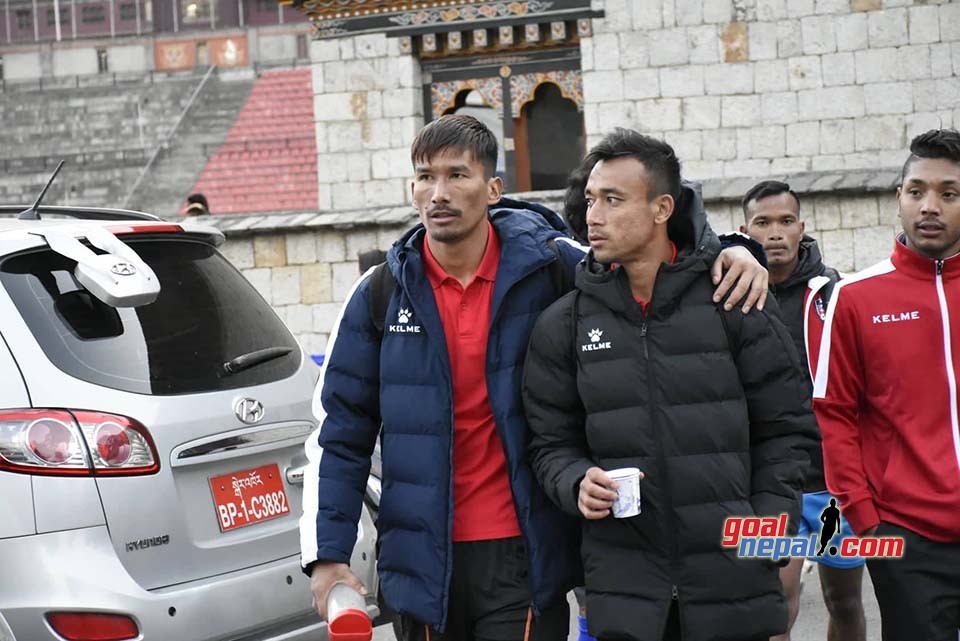