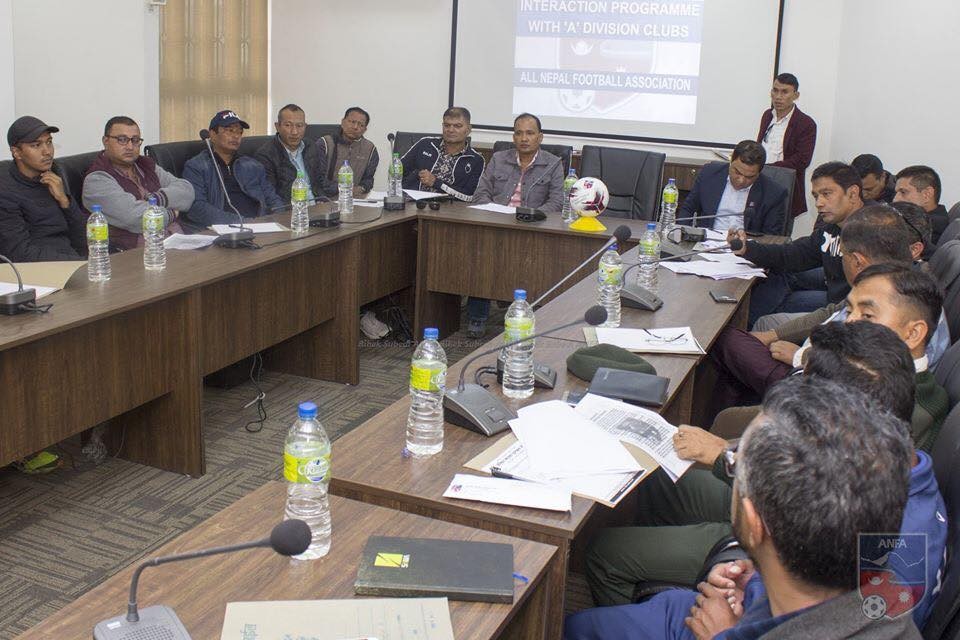 ANFA held meeting with 14 A division teams at ANFA complex on Tuesday.

ANFA president Karma Tsering Sherpa and other officials were present in the meeting.

ANFA is planning to kick off the league next month.

The league is based in Kathmandu. The official dates and the venues aren't finalized yet.