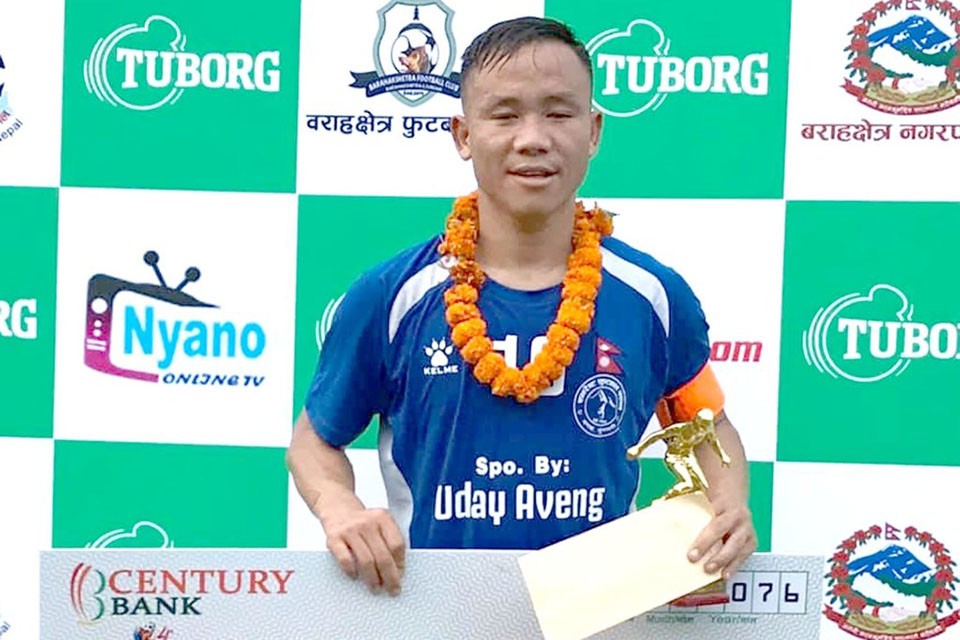 Shyam Nepali scored one for APF in the second half in 81st minute.

Nishan Limbu became the man of the match and received Nrs 5,000 cash.

Hosts Barah FC will play against Church Boys United in the first semifinal match on Wednesday.