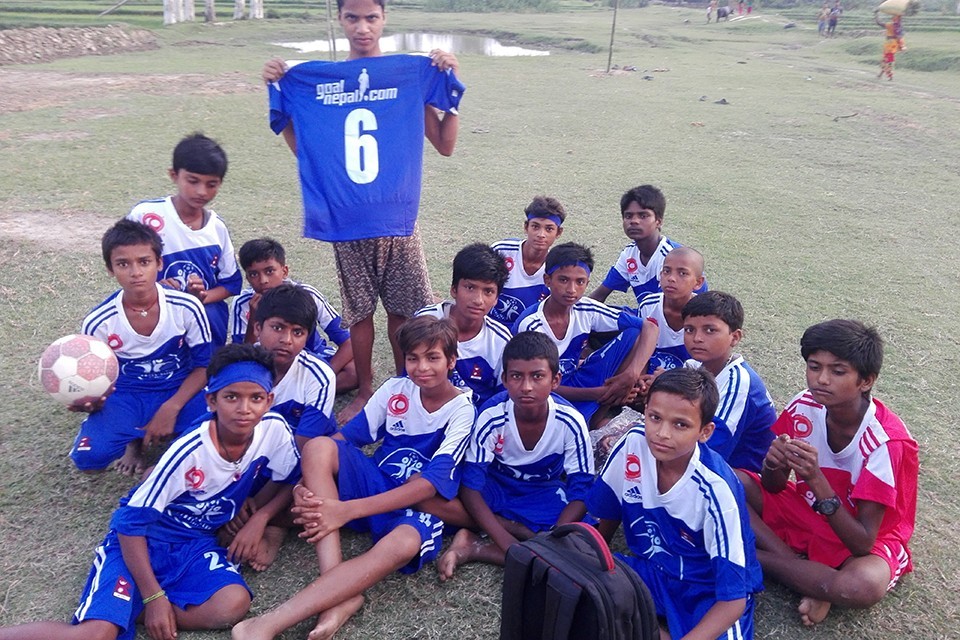 The foundation will provide 25 original Adidas footballs to the FA. The FA will use footballs to train kids in remote places of the district.

"We have decided to provide 25 footballs to Parsa FA under heal through football project. We want to make kids happy by playing football", said CEO of Biba Media Group Mr. Bikram Thapa.

GoalNepal reaches out to different district every month to support youth football, women football, district FA, community schools and referees for the promotion and development of Nepalese football.

"We are reaching out to 77 districts in a couple of years. We need support from all to make this project successful", added Thapa, who is the president of the foundation. Previous Nepal Has 25 Plus AFC A Licensed Coaches But Why Its Youth System Is A Failure ?
Next Taplejung: Eleven Arrows Sunsari Enters FINAL Of 4th Pathivara Gold Cup