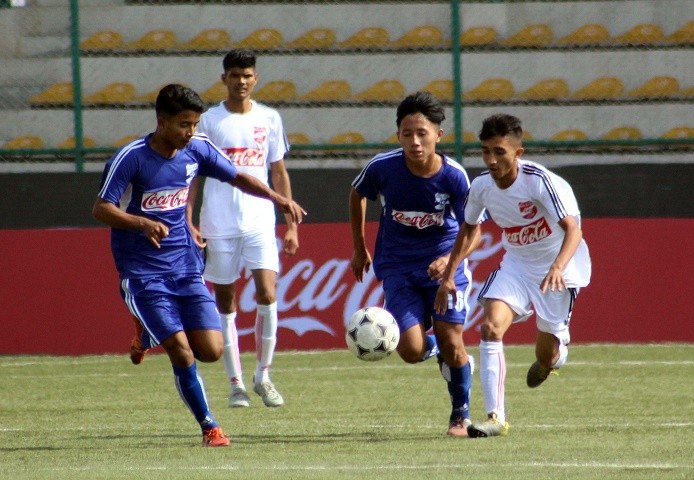 Five matches were played in the opening day. There are 13 qualified teams participating in the final round.

Sainik Awasiya suffered 4-1 loss at the hands of Mahendra Memorial in the second match of the day.

Bharat Chaudhary (18’, 32’, 58’) scored a hat trick while Karan Sunuwar (34’) scored another for the winning team. Nabin Bhattarai scored for Sainik.

Gajurmukhi school defeated Bhanubhakta school 2-0 in the last match of the day. Pawan G.C (59') and Rohan Dhital (69') scored apiece for the winners.

Tournament is played on league-cum-knockout basis.