The winner Shanishchare got Rs. 51,000 in cash along with the title, while the runners-up Jahsda got Rs. 31,000. Nima Limbu of Shanishureka was declared the man of the match in the final. Devendra Tamang was chosen as the best player of the tournament.

The winning players were awarded by the chief guest of the closing program, Kiran Bhattarai and other guests. A total of eight teams participated in the competition organized by Gatishil Youth Club which started from Karthik 1. 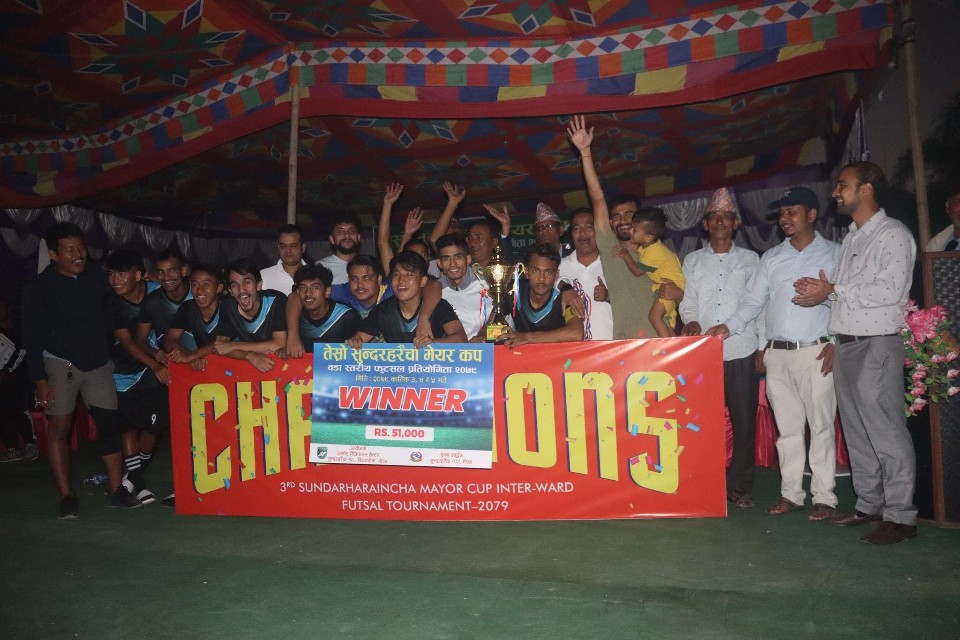