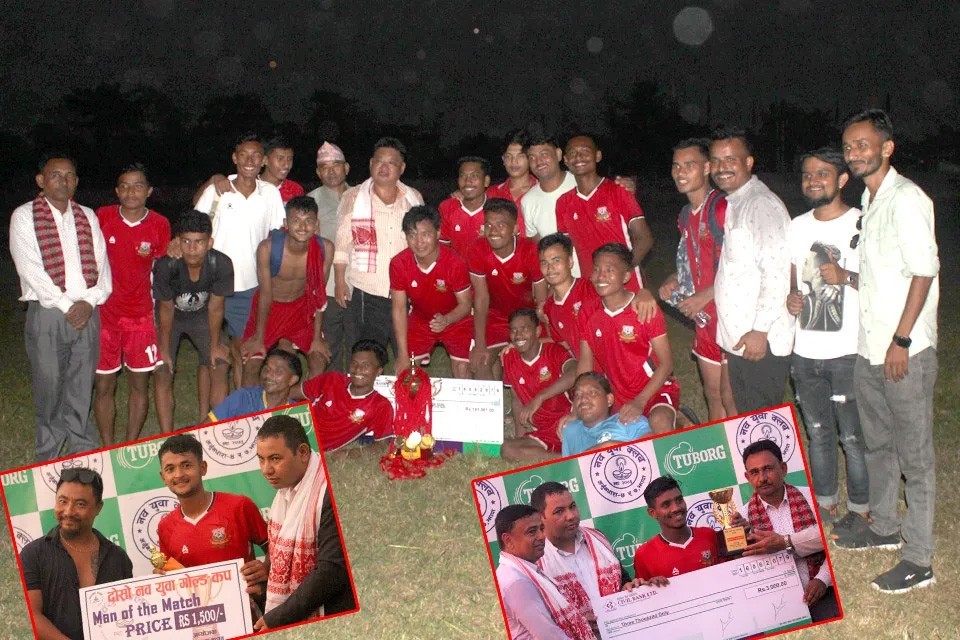 Arjundhara Sporting Club have won the title of the second Nawa Yuwa Gold Cup held at Arjundhara in Jhapa on the occasion of Dashain, the festival of Nepalese. In the final at the Arjundhara ground, Arjundhara defended the title by shocking the competitors Birtamod United 2-0..

Bikash Khawas and Saurabh Limbu scored for the hosts Arjundhara. Arjundhara, who had home supporters' backing at home, grabbed the title for the second time running. Saurabh Limbu of the organizers was declared the man of the match. Suren Rai, a young businessman, gave him Rs. 1,500 in cash.

Local ex-players and land donors were honored at the closing ceremony of the tournament jointly organized by Nawa Yuwa Club and Arjundhara Sporting Club.