News Nepal Suffer Its Heaviest Defeat Under Almutairi Against Indonesia 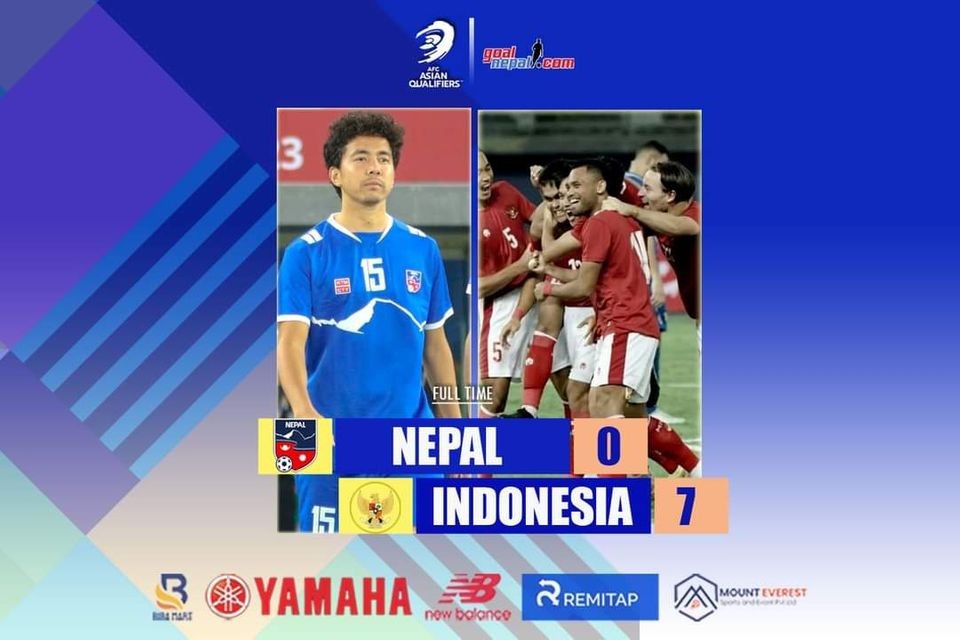 Nepal have suffered a 7-0 defeat against Indonesia in the final group match of the final round of AFC Asian Cup Qualifiers in the match played at the Jaber al-Ahmad International Stadium, Kuwait. Nepal played for almost the final sixty minutes of the match with ten men.

Nepal went a man down in the 33rd minute of the match after Suman Aryal got the second yellow card of the match.

After going a man down, Nepal were left ball watching and conceded another in the 43rd minute. Witan Sulaeman finished the move after being unmarked inside the box on a Aswani Mangkualam cutback.

Goals rained in the second half. Fachrudin Aryanto made it 3-0 in the 54th minute of the match. And just a minute later, Saddil Ramdani added another.

Elton Baggott added the fifth in the 80th minu. And Witan Sulaeman added his second just a minute later. Marselino Ferdinan rounded-off a 7-0 win in the 90th minute.

Indonesia have qualified for the Asian Cup after their win. They needed a win in this match to qualify for the Asian Cup. Nepal were already out of the race to the continental showdown next year and finish on zero points. Previous HT Report: Nepal 2-0 Down At The Break
Next Maldives Get A Consolation Victory, Sri Lanka Finish Last