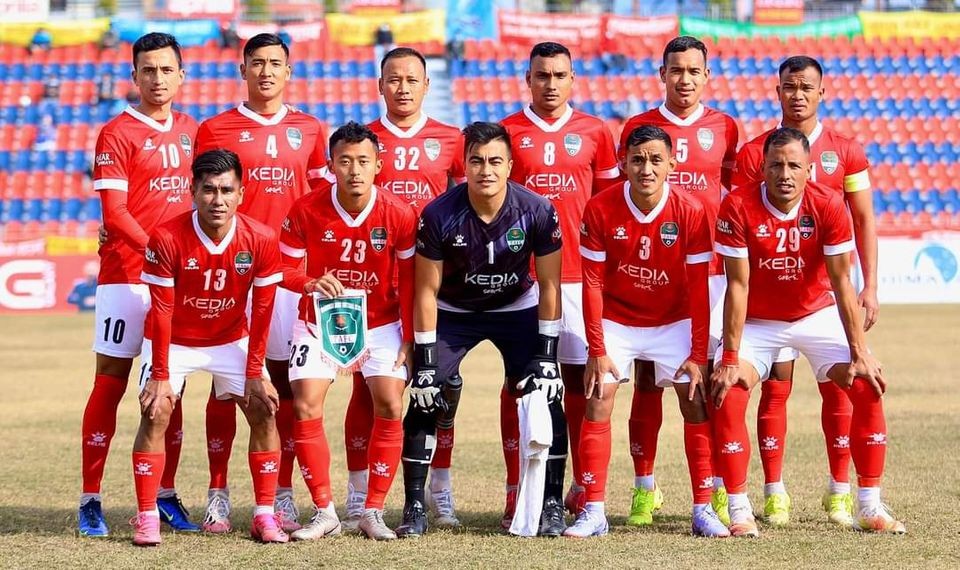 Tribhuwan Army FC knock out Three Star Club by a solitary goal to reach the semi-finals of the 20th Aaha! Rara Gold Cup 2078. With the conclusion of this match, the semi-final equation of the tournament is now solved.

Army were pretty wasteful in the first half to begin with. In the 9th minute of the game, George Prince Karki couldn't capitalise on a defensive error and Yves Priso saved his attempt to keep the scoreline at 0-0. The first half wasn't much eventful other than that incident to say the least.

In the second half, Three Star opted to play with a high-line which made sure they did get chances at the attacking end but that was the very reason they lost the match in the end.

Army had to wait until the 72nd minute of the match to take the lead which was enough to seal the deal. Three Star were playing a high-line and Raphael Rim slipped which let Rajeev Gurung free on goal and he found nobody there except Priso who came forward, but Rajeev fired it home before Priso reach the ball.

That goal was enough for Army. Army will now face Manang Marshyangdi Club for a place in the final on 26th of January.

The other semi-final will be played between Machhindra FC and APF FC on the 27th of January.