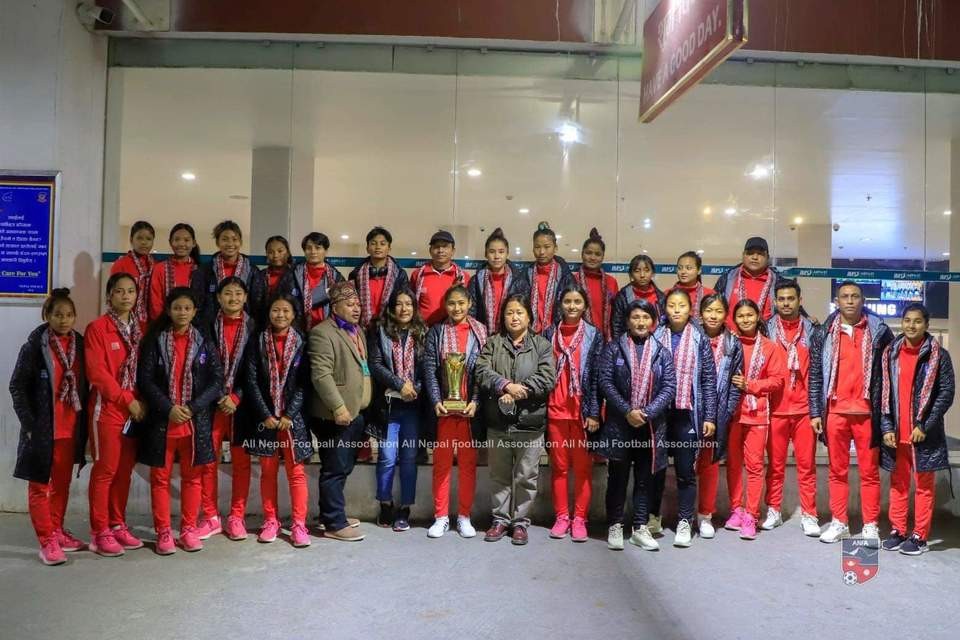 Nepal national U-19 Women's Team arrives home after participating in the SAFF U-19 Women's Championship in Dhaka, Bangaldesh.

ANFA official Ramesh Rayamajhi along with other officials welcomed the team home at the Tribhuvan International Airport in Kathmandu.

Nepal had previously bowed out of the competition after a 1-0 loss to neighbors India in the last round-robin clash.

Nepal had drawn 0-0 against Bangladesh, won 6-0 Sri Lanka and won against Bhutan 4-0 before the loss against India threw Nepal out of the competition.

Nepal, however, managed to grab the Fair Play Award in the tournament.