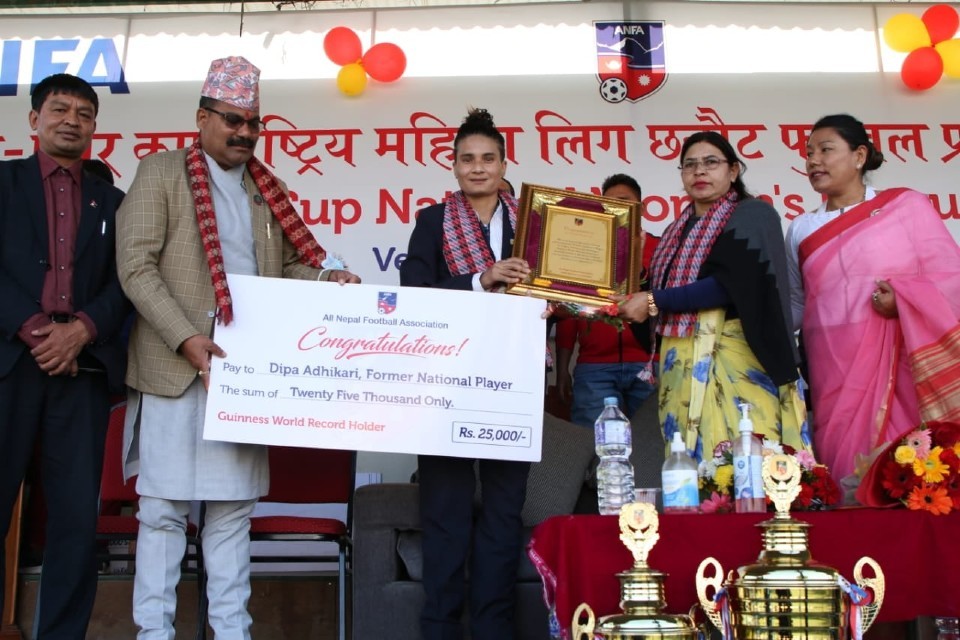 After playing football in the lowest spot on the planet (-320m) in Jordan, she set the Guinness world record.

With a score of 4-2, women from more than 20 countries set a new global record in the Dead Sea game, which was dedicated to promoting gender equality in sport.

The match between two all-female teams made up of players from Afghanistan, France, and Nepal finished 4-2 in favor of her, who now have a second world record under her belt.