Nepal national team suffered their first blow in the ongoing SAFF Championship at the hands of India last Sunday. Nepal now need to get at least a point against the Bangladeshis to reach the final while nothing short of all three points will prove to be enough for Bangladesh.

The two games that remain in this year’s round-robin format, the other one being between the hosts Maldives and India, are effectively semifinals as all four teams are still in contention for the final two places.

The furthest Nepal have previously reached in the regional tournaments are the semis. Although not an actual semifinal, Nepal will need to break this voodoo of their past in this virtual semifinal and break the curse to get to the final to be held on Saturday.

The tournament so far:
Nepal currently sit at the top, courtesy of a better head-to-head record against the Maldives, level on six points. Nepal started their campaign with a late win against the hosts and then toppled the Sri Lankans 3-2.

Abdullah Almutari’s men however fell short against India 1-0 where they had nothing to offer offensively. Nepal have shown tactical flexibility and different approaches against different opponents thus far and what approach they’ll take on Bangladesh with remains to be seen.

Bangladesh on the other hand got off to a winning start against Sri Lanka. In their next match, they showed unreal determination coming down from a goal down to draw against the regional heavyweights India 1-1 with just 10 men on
the pitch. Bangladesh haven’t had much time to gel in with their current interim manager Oscar Burzon, but they are not an easy side to play against as they showed against the Indians. Although they come into this match after a rather abysmal display against the hosts; the Maldives, they will be looking to get all three points and book their place in the final.

What do the coaches have to say about this game?
Nepal coach Abdullah Almutairi didn’t show up in today’s presser and his assistant Kiran Shrestha was the one who handled the presser on behalf of the Kuwaiti coach. And he wasn’t shy of admitting that Bangladesh will be a tough nut to crack and the team will need to work hard to get any positive result against them. Nepal played Bangladesh a few months ago in Bangladesh and managed to beat them but Shrestha believes that this team under a new coach and some new faces will be a tough ask and Nepal will need to be on point with their gameplay.

The Spaniard Oscar Bruzon who’s in command of the Bangladesh national team for this SAFF Championship seemed joyful with the position team is in currently and asserts Nepal’s commanding gameplay would be tough to counter.

“Nepal has certain characteristics and we need to be aware of that and they are not gonna be easy to keep possession against, they are not gonna play in their own half, they will play vertically, are excellent in central areas of the pitch”, Burzon said about the Nepali team while still asserting that they are gonna go for the win.

Team news:
Nepal are expected to go with a 4-3-3 formation with their strongest line-up possible. Anjan Bista and Nawayug Shrestha, who started on the bench against India are expected to start in this tie with a lot at stake.

Bangladesh will be without one of the cornerstones of their defence; Yasin Arafat, their left-back who’ll be serving a suspension against Nepal because of two cautions he has received thus far in this tournament. However, they’ll have the services of defender Bishwanath Ghosh and winger Rakib Hossain back after they served their respective suspensions in the match against the Maldives last time out. Bangladesh are expected to play with a 4-4-2 formation.

Head to head:
Nepal have faced Bangladesh a total of 22 times in their history with seven wins and two draws and 13 defeats with the most recent match ending 2-1 in Nepal’s favour in Kathmandu in March. Previous India Coach Igor Stimac: How Maldives Play Against Us Depends Upon Us
Next How Should Nepal Approach Against Bangladesh ? 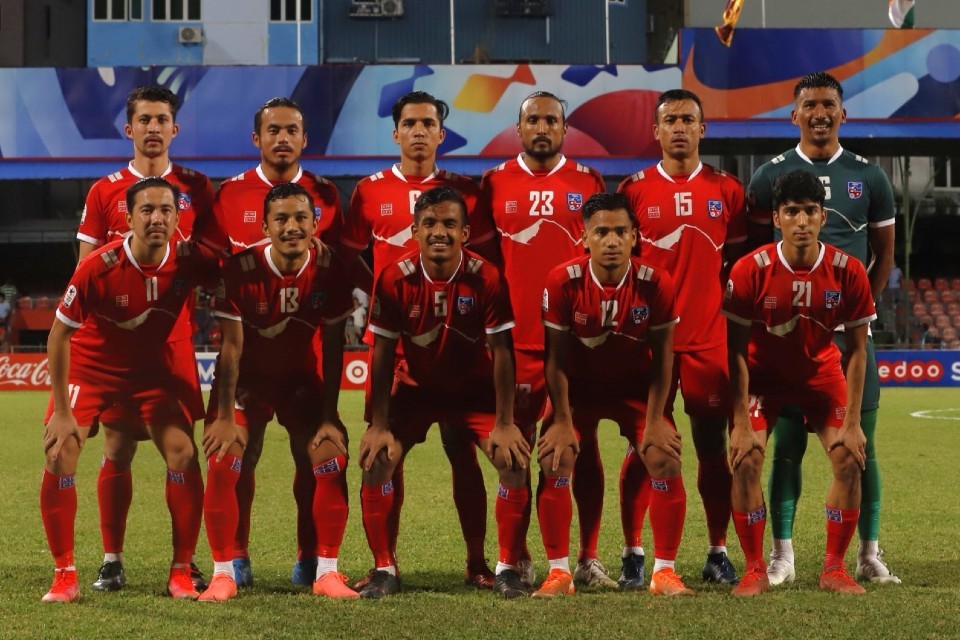