News Preview: Nepal vs India - Will Almutari’s Men Break The Jinx & Get One Step Closer To The Ultimate Glory? 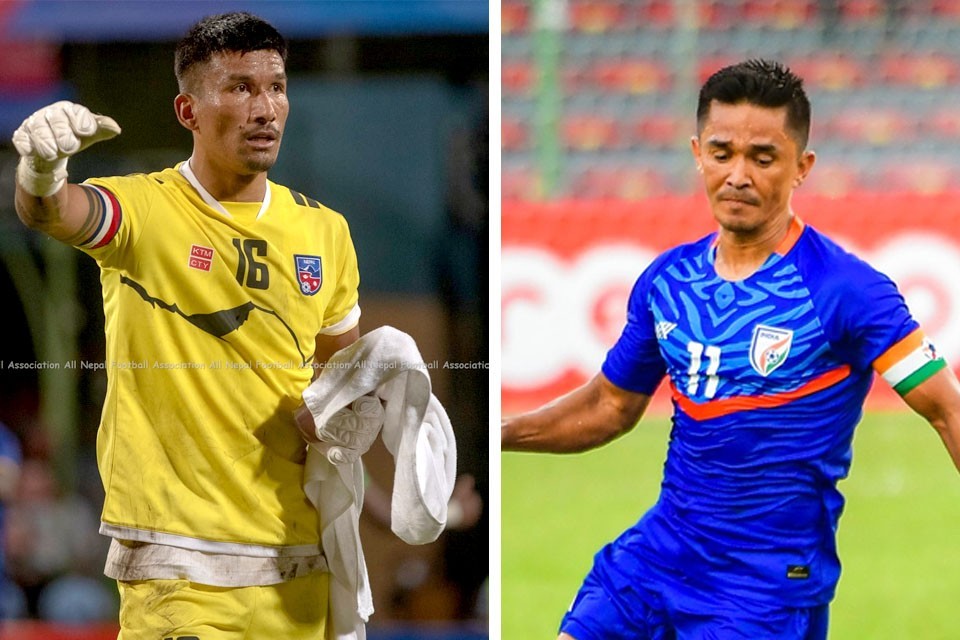 Nepal’s quest for their first-ever SAFF Championship final will be reignited  again as they’ll take the field on Sunday against India in the National Stadium in Male.

Nepal will be looking to book their place in their first-ever regional  final while Igor Stimac’s side will surprisingly still be looking for their first win  of the tournament. The Blue Tigers sit fourth on the table with just two points  gained from an available six while Nepal have collected six out of available six.

Playing on the back foot with a counter-attacking approach, Nepal defeated  the Maldives with an 87th-minute solo effort from Manish Dangi, a teenage  sensation who has lit up this tournament with his pace and work rate coming
off the bench. Another teenager, Aayush Ghalan, who assisted on the second  goal against Sri Lanka, also scored the third goal as Nepal defeated Sri Lanka  2-3.

The approach Nepal took against the Lankans differed from that taken  against the Maldivians. Nepal was attempting to play more on the ball, create  passing lanes from the back, and build vertically. Fair to say, Almutairi has  demonstrated tactical versatility while also getting the backing of the  spectators in Nepal.

Nepalese fans have been ecstatic back home with the display shown by the  team. Almutairi, on the other hand, believes that the celebrations are a little  premature, as they still have two battles to fight before the final. "Let's take it  one step at a time," he told the Nepalese fans. "The ongoing celebrations in Nepal are incorrect. People must understand that we have not qualified yet. We haven't achieved anything. To get there, we need to take two more steps."

Coming to the game against India, the man from Kuwait believes Nepal to be  the clear underdogs. He asserted that India is the best team in this region and  added, “I believe India has a 95% chance of winning the match, while Nepal
has a 1% chance of winning.” The other 4%, for him, were the chances for a  stalemate. Although he has stated that Nepal is unlikely to win, we can expect  his approach to be an attempt to prove himself wrong.

Nepal captain Kiran Kumar Limbu echoed his coach's words and explained  what reaching the final would mean for the country. "We're fighting for  something that the entire country of Nepal has long desired. Tomorrow's game
is critical in making that dream a reality," said Nepal's captain.

On the 0ther hand, the Indian NT coach Igor Stimac made a big statement  when he said that he is sure that his team will get all three points on Sunday. It  hasn’t been a smooth sail for the seven-time champions India this term as they
have been held to two straight frustrating draws against Bangladesh and Sri  Lanka. But Stimac believes that his team was superior in both the games and controlled the game pretty well. And he seemed pretty confident in his team to
have made a statement of such caliber.

The Croatian applauded the Gorkhalis for their attractive brand of football and  also added, "We're very familiar with them. We've played twice on their grounds, winning once and drawing once. So it's an open game, and I'm confident we'll  win the game if we play well and do what we need to do," he said.

Stimac was dissatisfied with their performance against Sri Lanka, believing the  Lankans were rushing to the ground and wasting time. He does not, however, use this as an excuse for not winning the game and expects the game against
Nepal to be played on a level playing field. With a solitary win in the two-off  friendly in Kathmandu and the other ending in a draw against the opposition on Sunday, India will be looking to repeat what happened last September.

Head-to-head
Overall, these two teams have squared off against each other 21 times where  the Blue Tigers have emerged victorious on 14 occasions while Nepal have won  only two, the recent one being the 2-1 in the 2013 SAFF Championship in
Kathmandu.

Team set-up
Both coaches have a full squad from which to choose their starting lineup.  However, aside from some tactical changes, we are unlikely to see many  changes in this game. Almutairi's team is expected to play in a 4-3-3  formation. We could see Nawayug Shrestha on the bench, with Anjan Bista  playing down the middle, where he's been effective whenever he's been used.  His ability to get into spaces and press could be a source of concern for the  Indian backline. We could see players like Manish Dangi and Aayush Ghalan operate from the wings from the start as opposed to their use as substitutes later on.

Stimac rested several regular starters against Sri Lanka, including  Chinglensana Singh and Manvir Singh, both of whom are expected to start  against Nepal. With Brandon Fernandes as the no. 10 and talisman Sunil  Chhetri as the sole striker, India are expected to start with a 4-2-3-1 formation.

Sunil Chhetri is by far the most dangerous threat to the Nepalese backline,  despite the fact that he didn't have much service upfront in the previous game. This match between two neighbours is sure to be a great battle, with two
coaches who have always been confident in their teams and approaches. Nepal  would like to upset India's superior-ranked team for the first time since 2013, while India would like to get all three points and improve their chances of
reaching the final and winning the tournament for a record eighth time.

On Sunday evening in Male, everything is on the line. 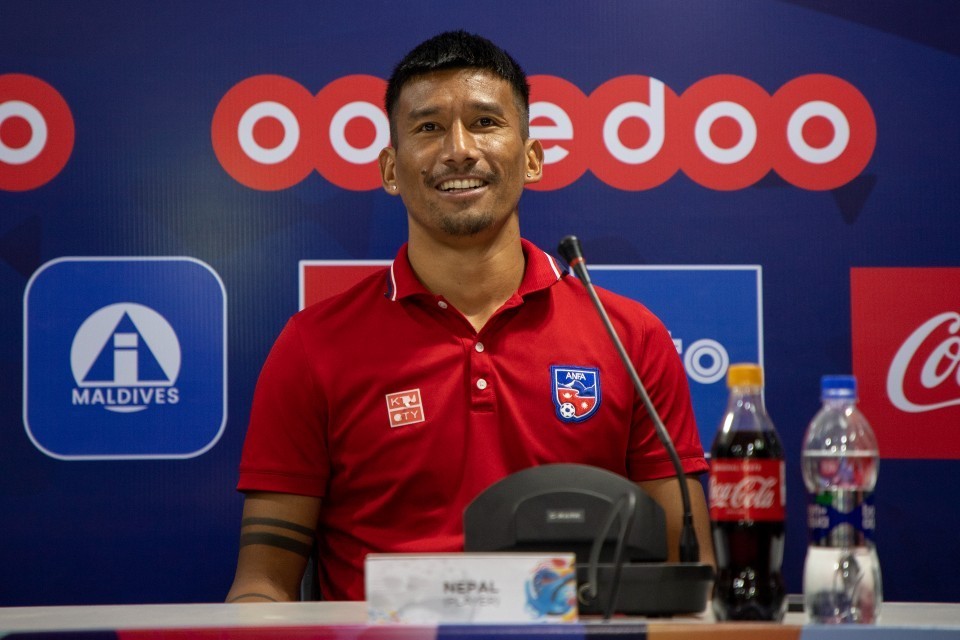 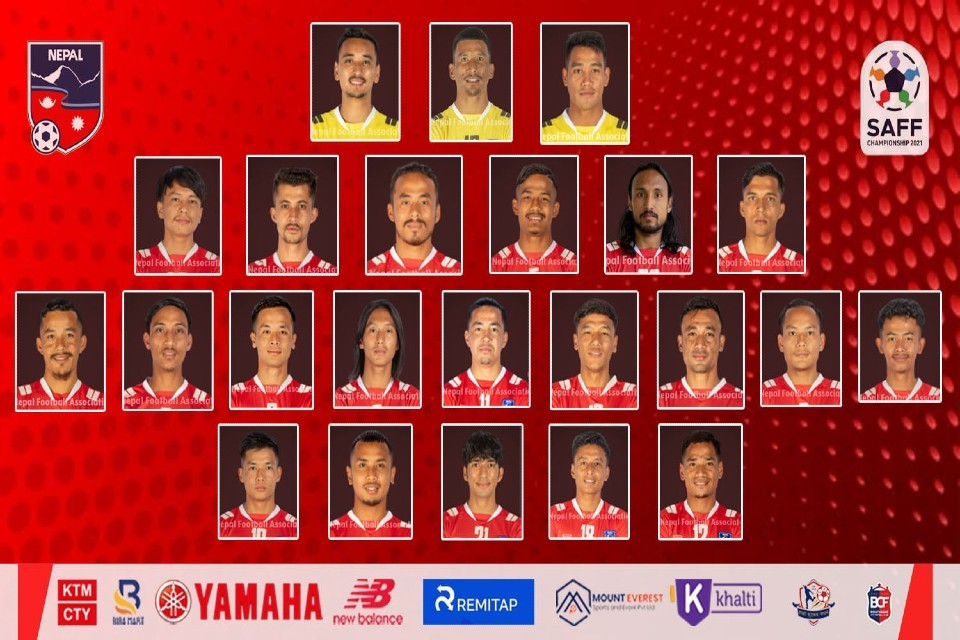