Born and brought up in England,nineteen year old Asmita Ale has carved a niche for herself in English women’s football.
She is the first ever Nepali origin fully fledged professional footballer playing top flight football in the United Kingdom.

Without a shadow of a doubt,Asmita possesses qualities of a star in the making. A peek at her progress chart provides lots of evidence of her talent as a footballer. In her young career to date she has already made more than 20 appearances for England’s national youth teams.

The highly skilled footballer made headlines after she inked a two -year contract with Tottenham Hotspur Club women’s team for the 2021-2022 Women’s Super League Season recently.

Asmita’s potential and impressive defensive statistics makes her an asset to any team.She proved herself to be a top notch defender in the league last year,playing for Aston Villa. She was at her very best and raised her stakes to a new high.In a brilliant display of defensive play,she ended the league on a high by recording the most interceptions in a season by a player.

She was named “Players’ Player of the Season “and earned high marks for her sterling performance from coaches,players and football affectionados Tottenham Hotspur recruiters saw in Asmita a skillful, dynamic,useful and intelligent player who perfectly fitted in the core team.

Spurs Head Coach Rehanne Skinner heaped praises on her. She said,” Asmita has huge potential and brings with her strong defensive attributes”.

At Spurs she will be playing alongside equally talented and quality players. Definitely, she will have plenty of room to learn and grow as a player.She will wear the number 13 shirt.

Unquestionably,this is a landmark achievement and a dream come true for the Aston Villa youth system product who put in lots of hard work and effort to reach this far in her youngcareer. Before her move to Tottenham Hotspur, at the age of 18,Ale’s professional career got off to a head start with Aston Villa in 2018.

Asmita was a dejected soul as the 1st trial with Aston Villa did not go down well. Her dejection turned into happiness when she received a call informing her that she had been selected for the team.

She seized the opportunity and went on to cement her place in the team. Prior to that she made her senior debut as a 16 year-old in the 2017/18 season. From 2018 to 2021 she made 46 appearances in various tournaments,scoring 2 goals for the club.

She was a popular figure at Aston Villa and her teammates described her as a bubbly person who brought lots of enthusiasm and positivity,on and off the field. Asmita’s strong work ethics,discipline,positive attitude and dedication allowed her to seamlessly fit in with Aston Villa.

Since then, she has been playing top flight football with excellence, poise and success. Asmita’s entire youth career as a footballer in Aston Villa, spanning 9 years from 2010 to 2018 helped her grow and develop into an outstanding footballer.

Her dream,ever since she was a school girl, was to become a professional footballer. She passionately and tirelessly chased her dream and has achieved it in style. Ale’s spectacular foray into professional football would not have been possible without the support of her parents.

She was/ is very fortunate to have such supportive parents,who played a vital role in helping her reach her goal.

Father Amrit Ale and mother Basanti Ale were a pillar of strength for her.They never let her down and provided her the much needed inspiration and motivation all along.

Mr. Ale who hails from Tanahun in Nepal is a former Queens Gurkha Corps Signal Engineer in the British Army. He was a tremendous squash player in his heydays.He competed at national level in Nepal for many years before moving to the United Kingdom.

The Nunninton (in the Ryedale district of North Yorkshire,England) resident saw and identified the passion,focus,intensity and potential in his daughter.

He fondly remembers his daughter’s love for football as a toddler.”She developed fascination and fondness for football even before she kicked the ball.She enjoyed playing with balls of different shapes and sizes more than dolls and toys,” he said.

Young Asmita’s love for football was apparent when she started kicking the ball at the age of 5. As a matter of fact, she loved the sport more than anything, and it became her favorite pastime.

He realized that his daughter stood a good chance to make it big time in football,and all she needed was the right environment, proper guidance, training and support, With that in mind,he saw Aston Villa Academy the perfect place for his daughter where she could develop and improve on the basic football skills.

When she joined the academy, she was 8,and the rest is history. She is shaping to be a defensive titian. If she continues to make headway at the current rate, she is destined for a successful career in professional football.

For Asmita this is just the beginning of her blossoming and promising career. She has a long journey ahead of her to achieve bigger success and more milestones. 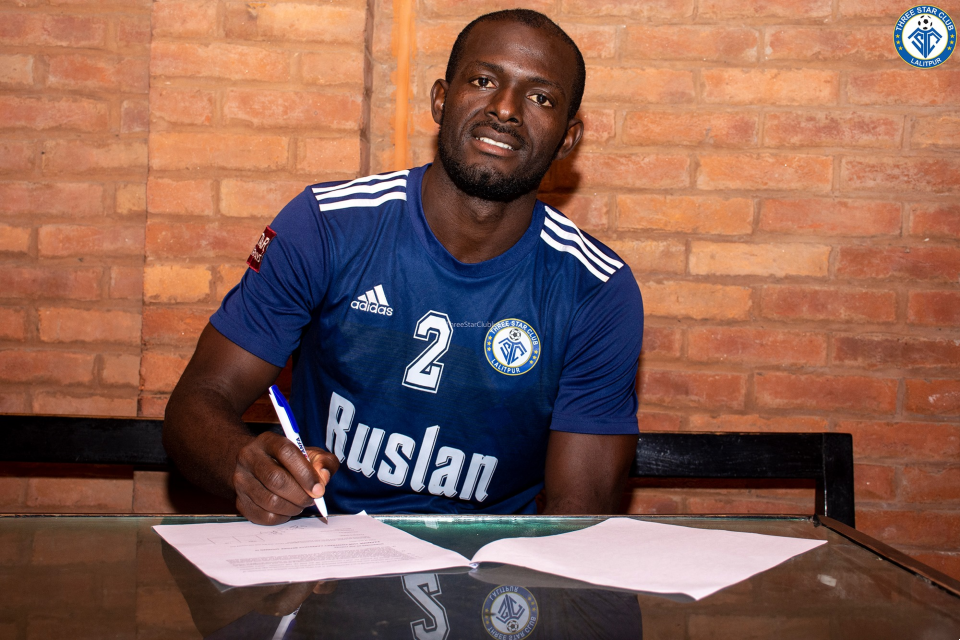