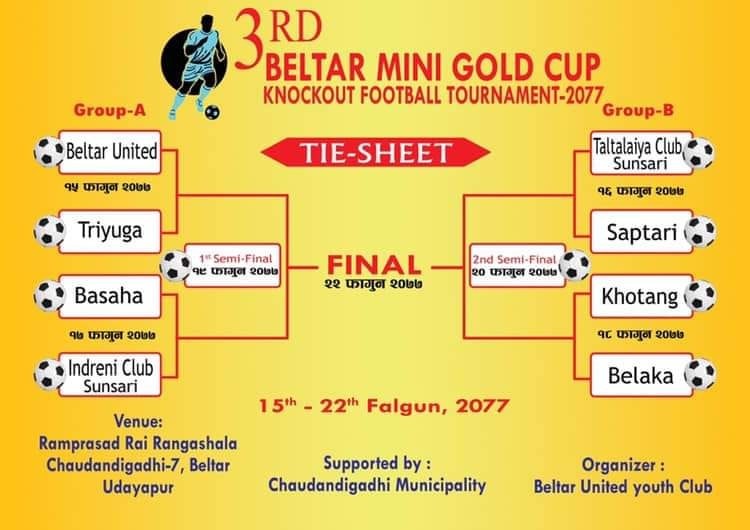 The match will be played at Beltar, Udayapur at 3 PM NST.

GoalNepal is the official web partner of the event and is streaming all matches LIVE on its social media platform straight from Beltar.

The champions of the event will get Nrs 1 lakh. Chaudandigahi municipality is supporting the organizers Beltar United FC. 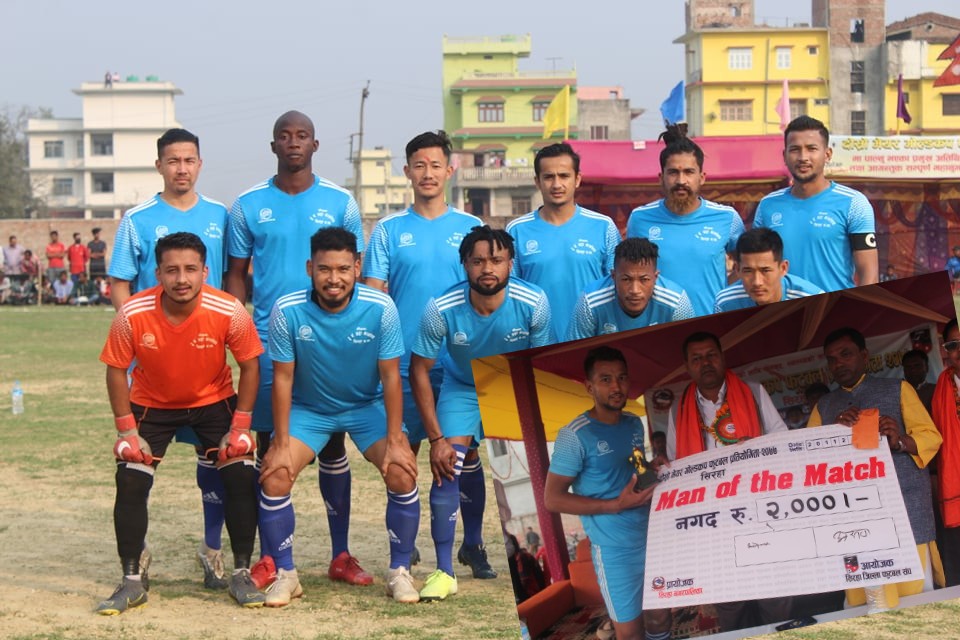