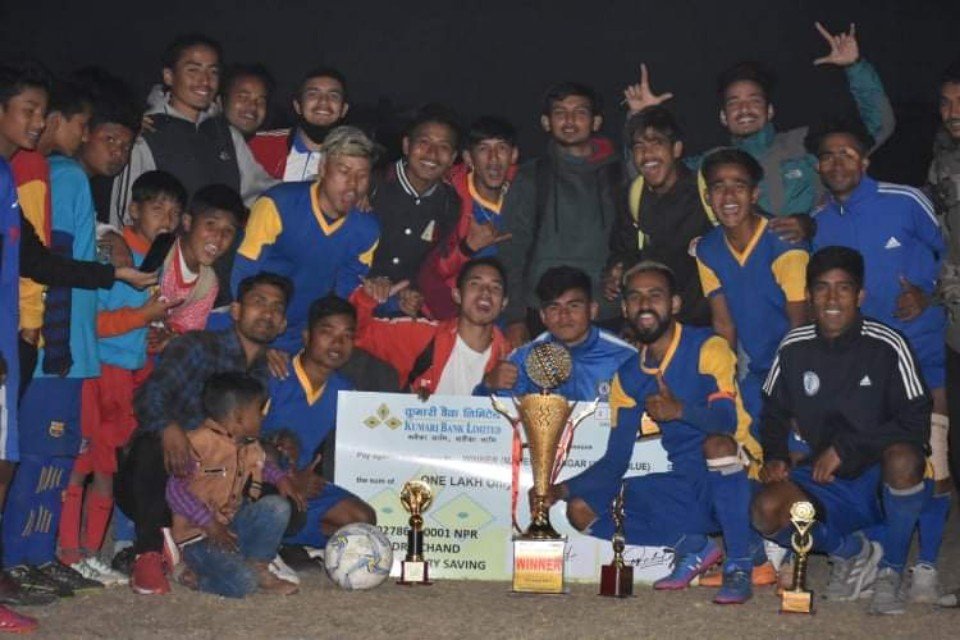 The champions received Nrs 1 lakh while runners up team got Nrs 50,000.

16 teams took part in the event, which was organized by Mahendranagar United.