The match between Sankata club and Mechi Netralaya Kakarvitta football training centre was stopped when both teams were tied (9-9) in sudden death. 22 players were involved in the spot kick battle.

Both teams entered to spot kick battle after playing 2-2 draw in regulation time.

Referee of the match then discussed with the captain from both teams and called the match off. The spot kick battle will be re-played tomorrow.

The match was kicked off late than the scheduled time due to long speech delivered by the guests. There is no floodlights in the stadium.

Just 8 teams are participating in the event.

Dharan FC is organizing the championship, which has a winning purse of Nrs 8 lakh. 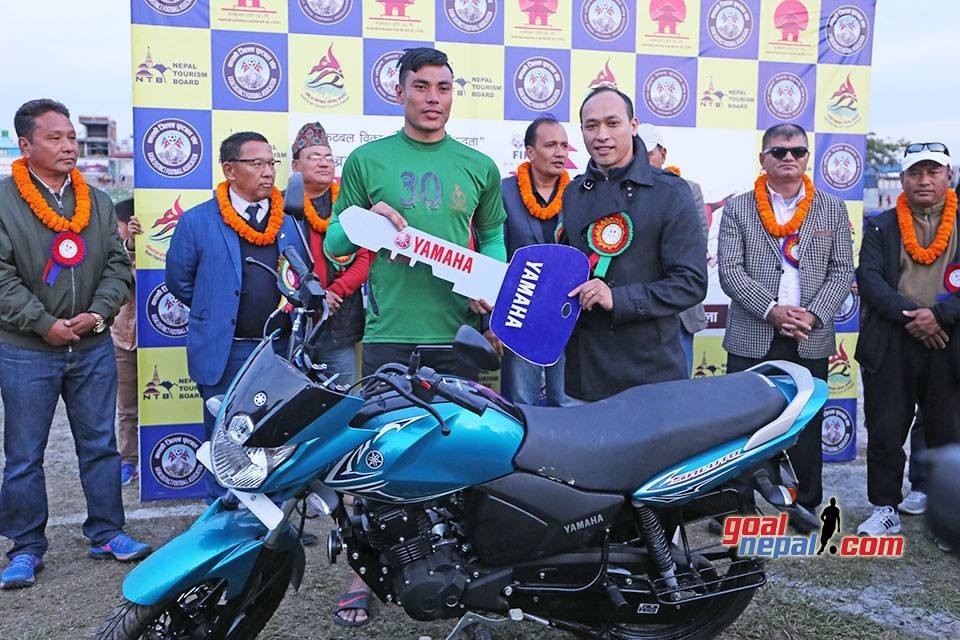