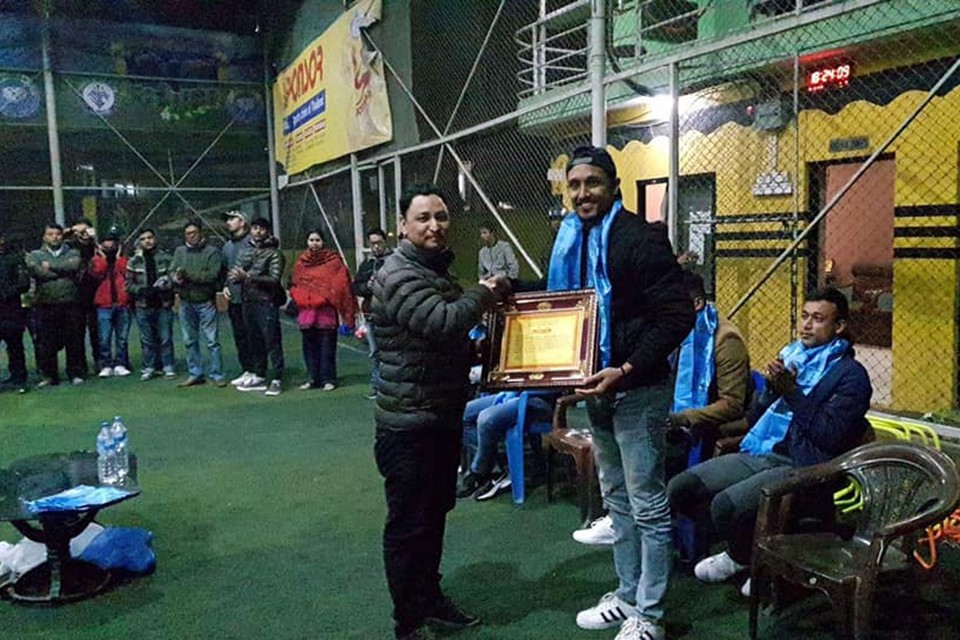 Chemjong became the best goalkeeper while Chand became the the most valuable player of the league.

Other Nepal internationals, Sujal Shrestha, Bishal Rai and Bishal Shrestha were also present in the program.