Kachi scored the match winner in 37th minute to guide his team to semifinals. Tirtha Basnet of Mai Valley FC was declared the man of the match. He was awarded with Rs.10,000 cash.

MMC will play against the winner of United Sikkim FC Vs Nepal Army Club in the first semifinal on Baisakh 14.

Mai Valley FC is organizing the championship, which has a winning purse of Rs 6,66,666 while runners up team will get half of that money. 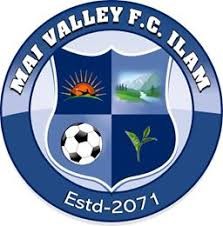